Stepping up without tripping up 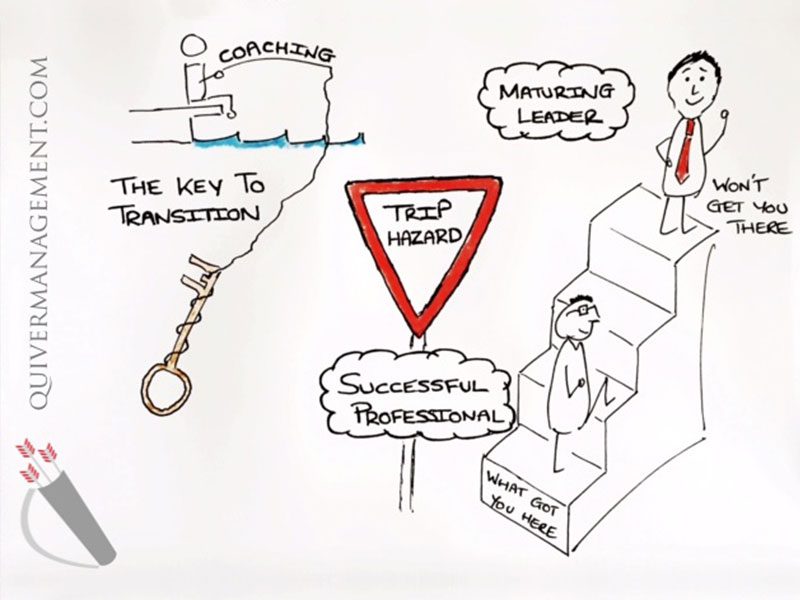 What emerging leaders need to learn and how we can help them.

Meet John, an experienced Information Technology specialist. He is 32 years old, bright, hardworking and very ambitious. John is full of energy, enthusiasm and good ideas. With his strong drive to succeed and a reputation for delivering results, it’s not surprising that he came to be regarded as one of the company’s leading high potentials, destined for greater things, perhaps even a board position in the future.

When his boss, the Head of IT, left to take a job in another organisation, John was given the opportunity to step into his role. On the day that his promotion was announced, he was overjoyed. John was walking tall and felt that his new status and power would enable him to achieve even more than his former boss had.

Before long, however, the rising star wasn’t shining so bright anymore. John was making some fundamental mistakes in three key areas:

1. With his own team

John had enjoyed good relationships with his former peers but now they were reporting to him, it suddenly felt uncomfortable. He wasn’t sure how to relate to them from his new role as manager so he tried to limit informal contact and, in meetings, would speak to them in a more authoritarian way. This didn’t go down well and the team became less engaged and motivated.

2. With his new peer group

John would bound into the management meetings and speak with great enthusiasm about a project he was leading. The other managers would politely listen, privately wishing he’d shut up. John didn’t even notice their body language. His desire to impress his colleagues overrode any capacity he may have had for sticking to the agenda, listening to others, and reading the meeting dynamics.

3.  With other key stakeholders

John was responsible for a project where he needed help from Jenny, the financial controller and Mike, one of the procurement team. Both were very busy and certainly not feeling the same urgency he felt for his pet project. He soon felt powerless to get them to do what he needed in a hurry. They definitely didn’t respond well to the aggressive tone that stemmed from his frustration. Eventually he complained to their managers that they weren’t being team players. This did little to improve things and further damaged his reputation.

John was beginning to struggle. At first he couldn’t even admit it to himself, let alone anyone else, but he started to doubt himself and felt like a fraud being on the management team. His old success formula (ideas, enthusiasm, being independent, and working hard to get stuff done) no longer seemed to be enough. And the harder he pushed, the more isolated he felt. Instead of allowing himself to be vulnerable and honest about his struggle, he put on an act of confidence that made things worse because he was seen as self-centred and arrogant.

Now as you might have gathered, John isn’t a real person. But he represents real people experiencing a common struggle. I know this from my personal journey as a young manager and also from my experience of coaching countless clients through this transition. Major studies of career derailment also show that this is a normal part of the leadership journey.

Gets noticed and promoted because of:

Can deliver more with a broader toolkit:

For more than two decades I’ve specialised in accelerating that transition in emerging leaders who want/need to step up. It begins with helping them to understand and value the different contributions made by the young professional and the mature leader. This reduces defensiveness and, instead, allows the client to celebrate what has made them successful thus far.

However, as Marshall Goldsmith put it, “What got you here, won’t get you there!” The key is to harness the energy of the young professional and direct it using their ambition. Their incentive to transform is very simple: they will get more done with less stress, win greater respect and earn further opportunities to advance.

Mastering relationships and influencing skills are essential. They may need to get it wrong a few times to learn the lessons but with timely feedback that is firm yet supportive, they will soon stop being a “bull in a china shop”.

Ultimately, a major shift in thinking is required. Ironically, when they focus less upon their own success, their capacity to contribute increases. And that ultimately helps them and the organisation to be more successful.

The key is awareness. This is where coaching is so valuable to people at this phase of their career. Building a better understanding of themselves, other people, and the broader social and organisational context helps them to step up without tripping up.

Meet our team of coaches